One of the best ways to create resilience in the face of climate change is to protect and restore mountain wetlands.  Our wetlands are the sponges of our watersheds.  They store water naturally, then release clean water over time that nourishes communities.  Amigos Bravos began work with GIS consultants to analyze, prioritize, and map wetlands in the Rio Grande headwaters for protection and restoration.  Wetlands in the Carson National Forest were ranked based on nine priority wetland conditions.  Those conditions include cold headwater wetlands that provide stream flow maintenance and carbon sequestration.  Eight “Wetland Jewels” were identified.  Amigos Bravos, in partnership with Western Environmental Law Center, have begun making plans for how to best advocate for special protections under the Carson and Santa Fe National Forest Planning processes for these crown jewels of New Mexico's Rio Grande headwaters.

For an interactive Story Map showing these wetlands, please visit these pages:

We are currently advocating for "Special Designation" of these wetlands in the Carson and Santa Fe Nation Forest Planning Revision Processes. See our submitted comments below.

The purpose of the Rio Pueblo de Taos Watershed Based Plan (RPdT WBP) is to provide a roadmap to comprehensive watershed restoration in the Rio Pueblo de Taos watershed. The plan identifies causes and sources of pollution as well as detailed management measure to address that pollution. An implementation schedule is outlined, as are milestones and monitoring mechanisms to help track the restoration process.

Successful implementation of this watershed plan will require a collaborative approach and effort. The planning processes for different pollutants as well as for different subsections of the watershed will be completed through separate but connected processes. This planning document attempts to incorporate a framework and space for all of these processes.

Funding for on-the-ground work to implement this plan through a 319 grant is currently pending.

2007 Report: Amigos Bravos found high levels of E. coli in the Río Hondo and the Río Pueblo de Taos during the 2007 sampling period. During May 2007, very high E. coli results were obtained from two sites in the lower Río Hondo and two sites in the lower Río Pueblo de Taos. These results exceeded water quality standards that are safe for swimming. All other samples taken in the Río Hondo, Río Fernando de Taos and Río Pueblo met water quality standards for all tested constituents. For more details on this sampling project, please see the '07 Taos Rios Report (204 KB pdf).

2008 Report: All three streams that were monitored (Rio Pueblo de Taos, Rio Hondo, and Rio Fernando de Taos) had E. coli levels above standards. Two of the streams had conductivity readings above standards. All other standards were met in these streams. Based on these results Amigos Bravos has recommend to the New Mexico Environment Department that the three streams be listed as impaired for E. coli in the state's 303d list. For more details on sampling in 2008 please see the '08 Taos Rios Report.

2011 Report: All Samples in the Rio Hondo met water quality standards for all tested constituents on all sampling events. There were sites in both the Rio Fernando and Rio Pueblo did not meet water quality standards for dissolved oxygen, electrical conductivity, and/or E. coli. 2011 sampling confirms the recommendation from previous sampling reports sampling report to list the Rio Fernando and the Rio Pueblo de Taos as impaired for E. coli. A number of new sites were added in the Rio Pueblo de Taos drainage in 2011. One site, in the perennial arroyo below the wastewater treatment plant, had poor water quality on all three sampling events in 2011. For more details on sampling in 2011 please see the '11 Taos Rios Report

2013 Report:  One site in the Rio Grande del Rancho was added this year. Sampling showed levels of conductivity above standards and confirmed the Environment Department's previous listing of the Rio Grande del Rancho as impaired for conductivity. All samples in the Rio Hondo met standards. There was an E.coli exceedance in the Upper Rio Fernando. The Rio Fernando also continued to have dissolved oxygen and conductivity exceedances. While no standards were exceeded in the Red River there were levels of Aluminum detected that would have exceeded the pre 2010 water quality standard many times over. For more details on 2013 sampling please see the '13 Taos Rios Report.

Taos River and Lands Clean Up

Taos River and Lands Clean-Up: For the past nine years the community of Taos has joined together to clean up trash along our local rivers, arroyos, trails, roads and illegal dump sites. The 2015 Annual Taos River and Land Clean Up pulled 29.14 tons of waste!

This year, with a focus on Miranda Canyon, a large illegal dumping site in Taos, 120+ volunteers pulled over 28 tons of waste from that Canyon and 1.14 tons from 6 other sites around Taos and Questa. 280 pounds of material was recyled and over 1,000 miniture liquor bottles ("shooters") were cleaned up from roadsides.

Click below to see the news clips from KQRE that aired before and after the event. 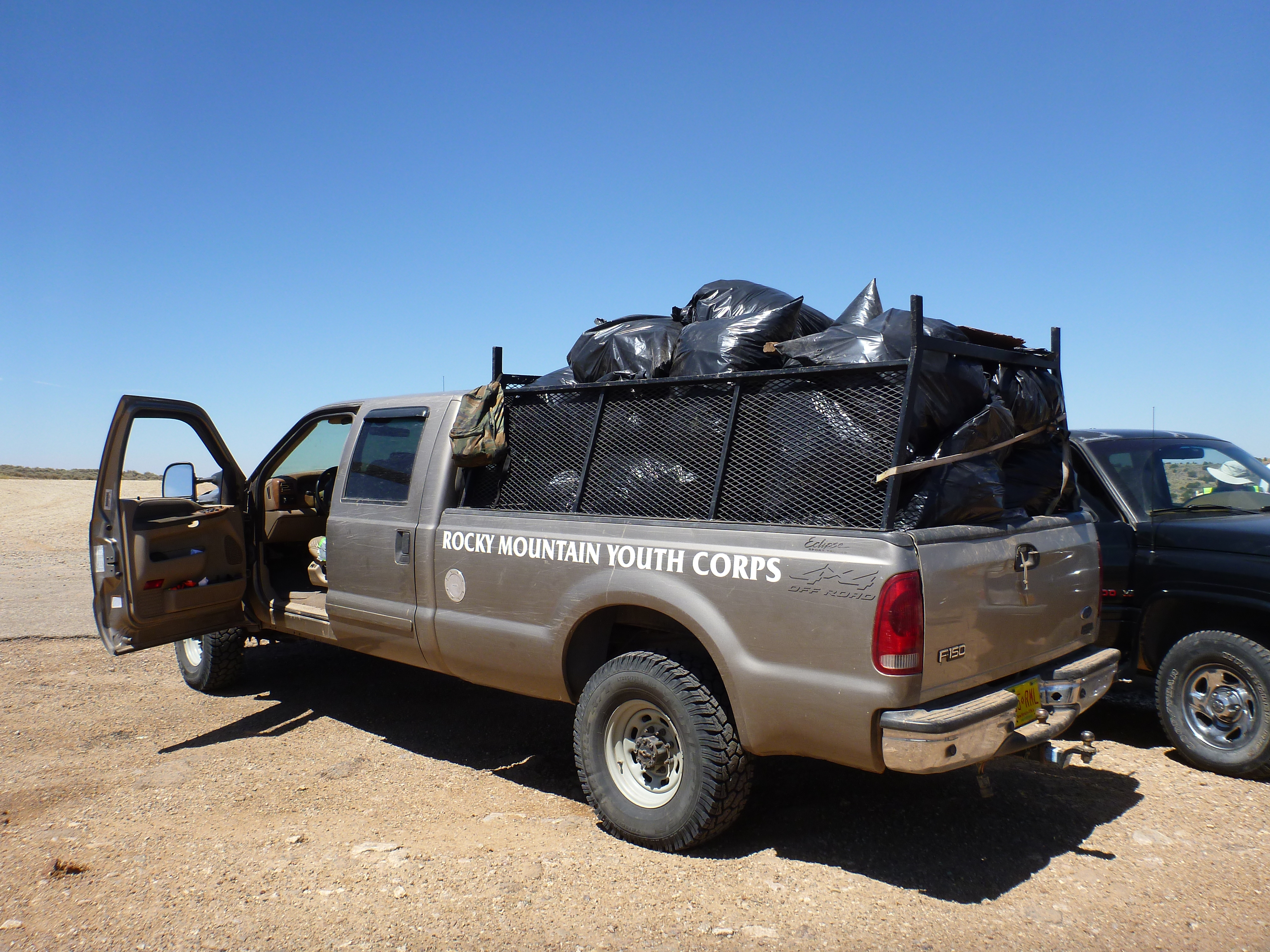 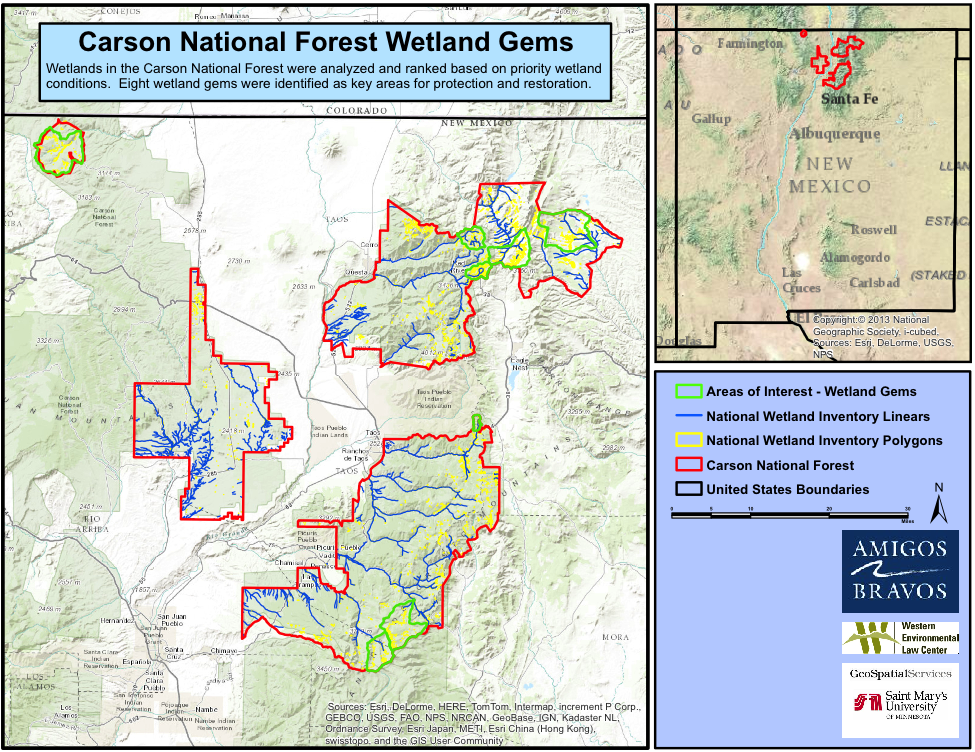 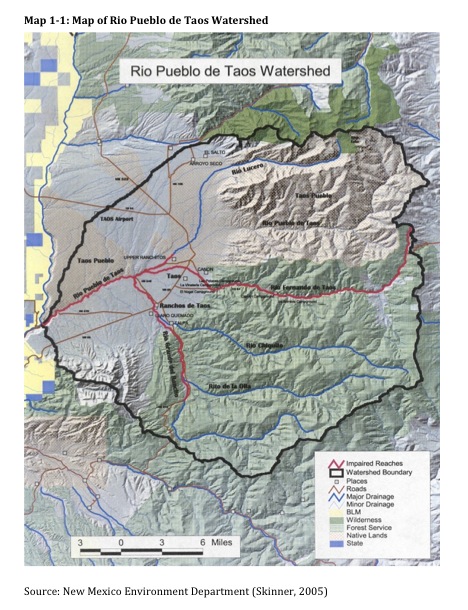 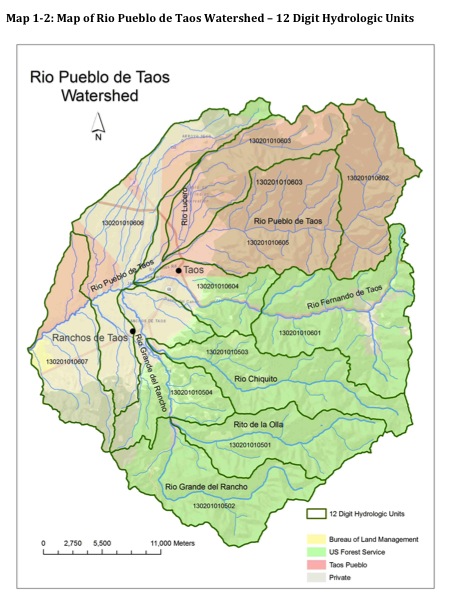 Taos River and Lands Clean Up 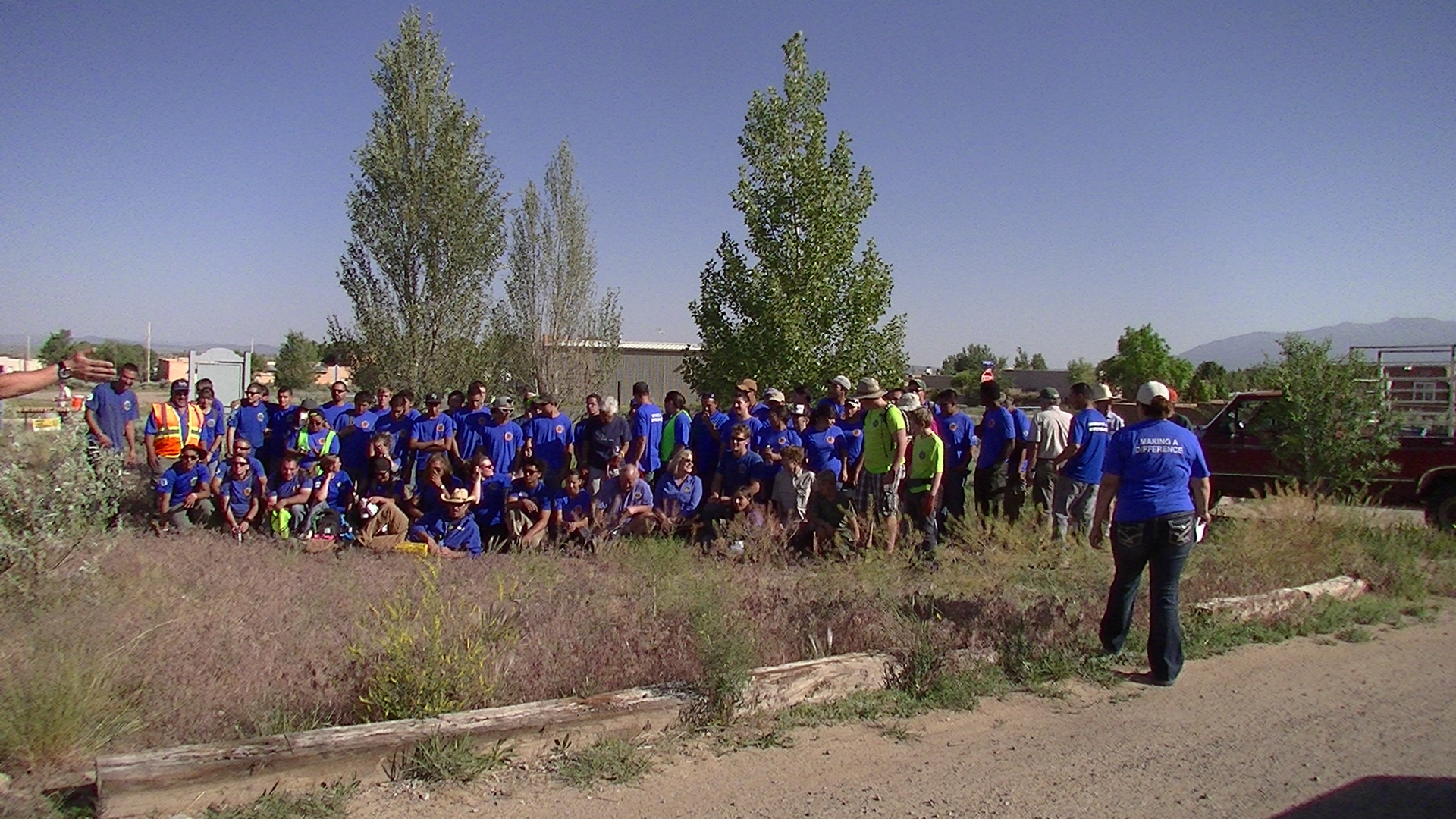 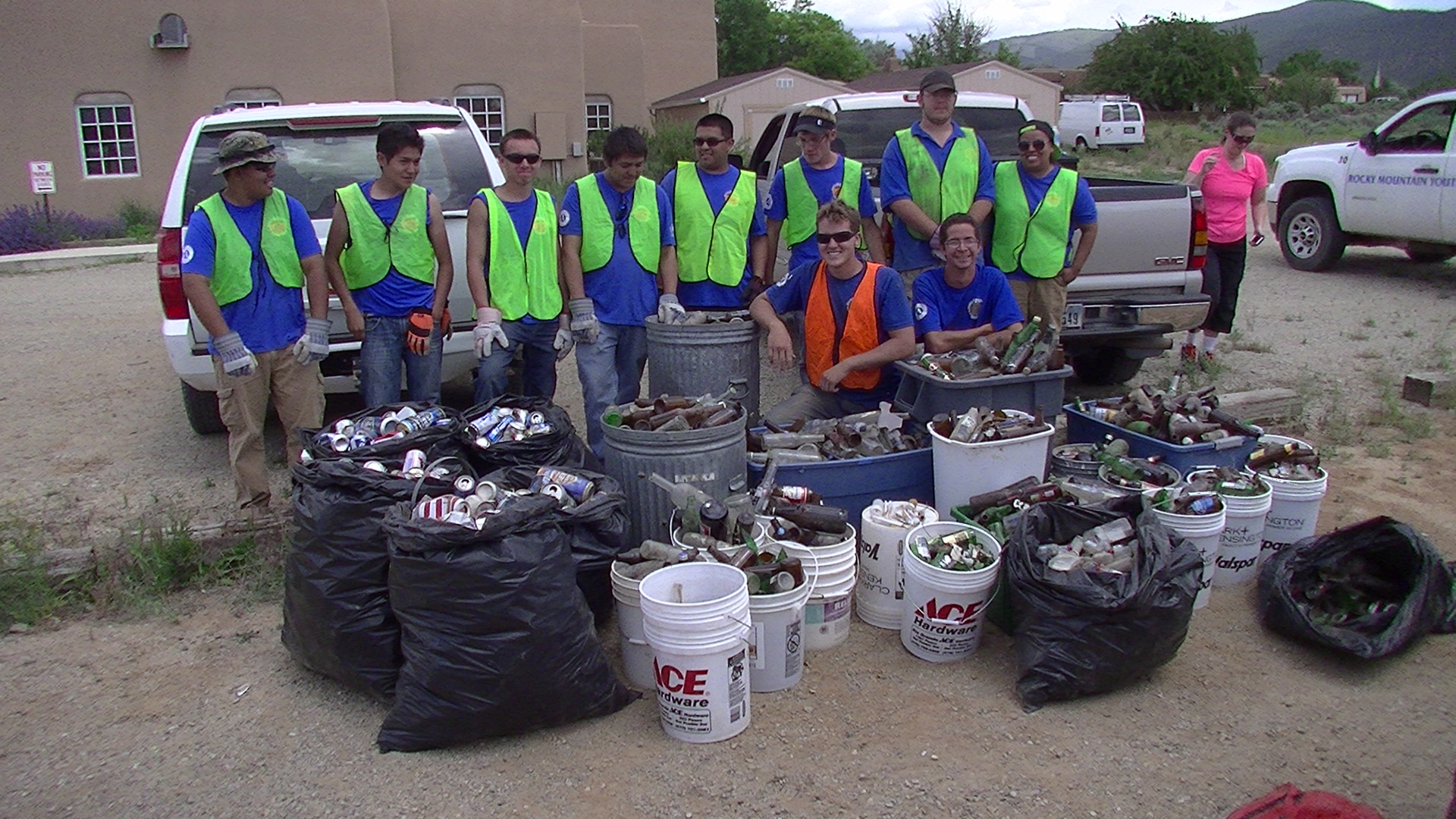 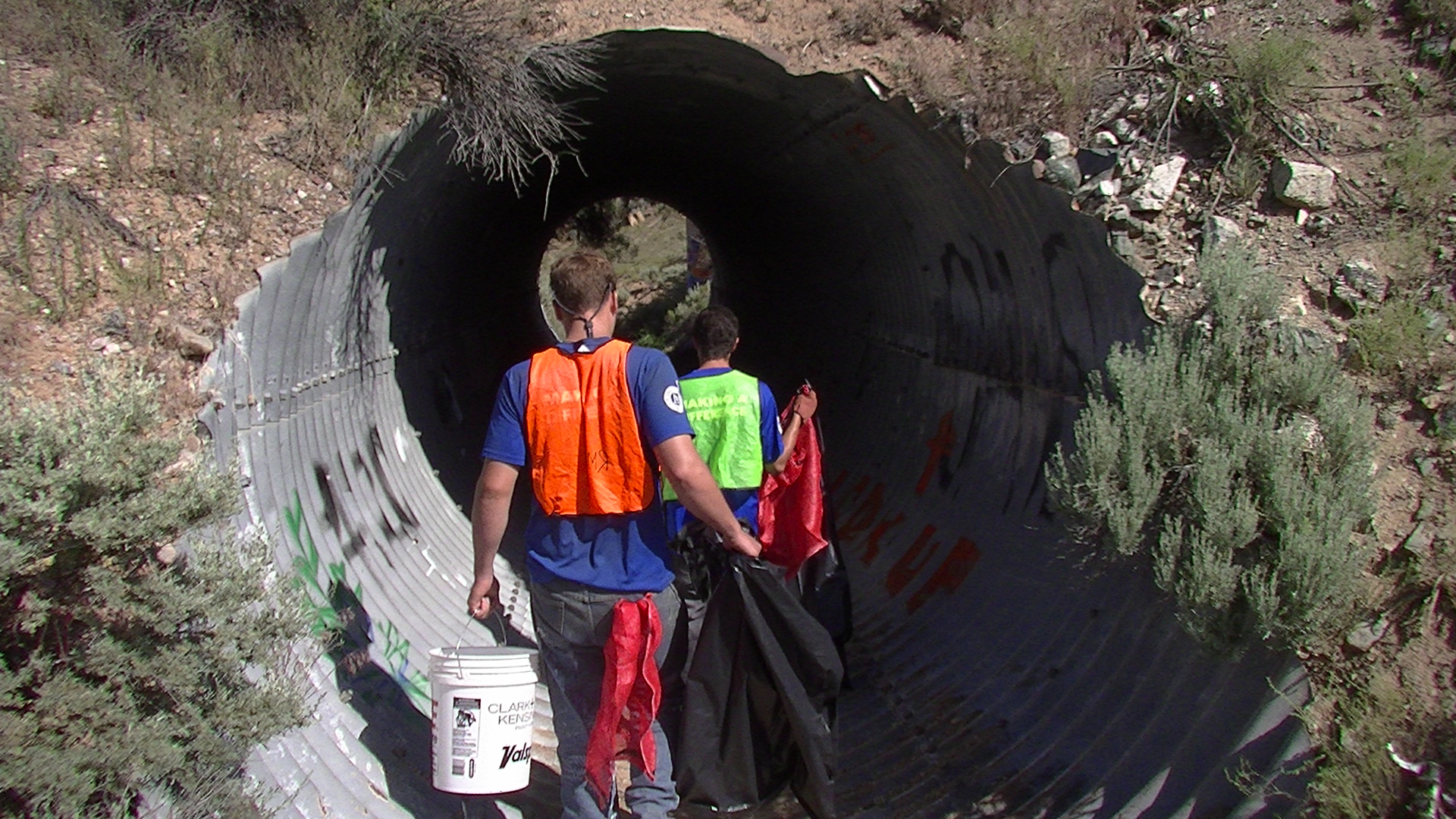